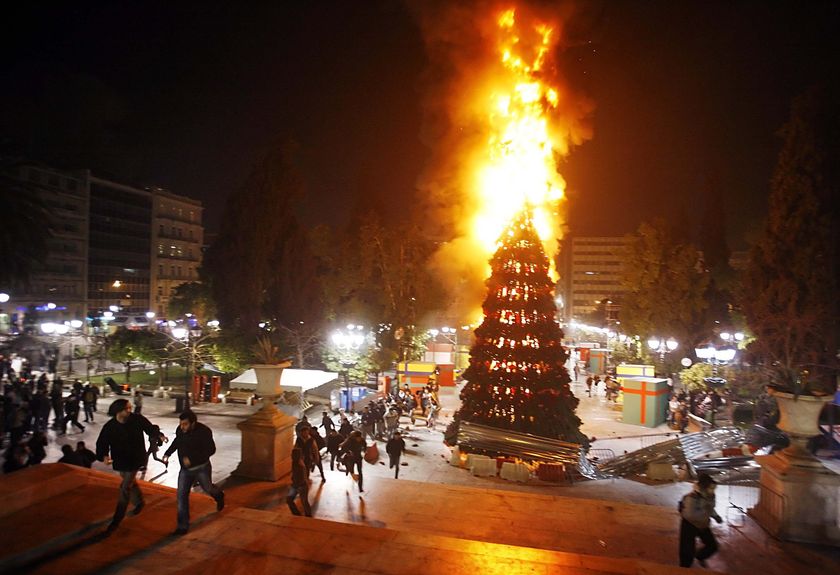 AWU-Kiev Statement on the Crackdown Against Euromaidan, Nov 30 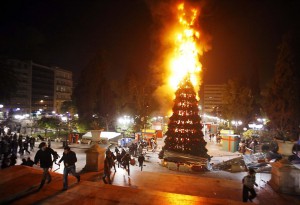 We consider the police crackdown against peaceful protest demonstration to be a sign of increasing authoritarian tendencies in the Victor Yanukovich’s regime. We are consistent supporters of the freedom of assembly, while the government’s actions are an encroachment upon this fundamental right. We don’t urge to support the EU Association or the politicians from the parliamentary opposition, but we consider the call for Yanukovych’s resignation to be even too soft, given the situation.

We don’t share the views of the organizers of Euromaidan. We don’t think that a stroke of a pen under a piece of paper can really bring about a better life for workers. Still, we have been long-time opponents of the Customs Union with Russia, Belarus and Kazakhstan, for it enables unification of repressive labour laws according to the “best” Eurasian traditions, which naturally produce events like the Zhanaozen massacre two years ago.

The problem is, as long as the current government system stands, Yanukovych may only be replaced by another bourgeois autocrat who will continue to suppress protests with police and Interior Ministry troops at his or her disposal – if only under a new slogan, “hail to the nation, death to the enemies.”

The EU countries’ governments also defend their privileges and incomes of the ruling class with police batons and patriotic demagogy. This practice can’t be brought to end with the methods of Euromaidan. We sympathise with the victims of police brutality, but we don’t think that a person’s suffering proves their righteousness.

We hope to see many of the Euromaidan participants at the demonstrations dedicated to the real issues: social welfare, human rights and freedoms, against price hikes for municipal transport, heating, gas and electricity, against the new Labour Code project, against clericalism and censorship, for high-quality free education and health care, for the right of assembly. These demonstrations are not covered on the top news sites, but they influence people’s real lives more than what is being broadcast online.

We earnestly wish best of luck to the opposition in their struggle against Yanukovych. And we want to remind our comrades about the successful practice of New Year’s protests in 2010.

No gods, no masters, no nations, no borders!

Against the Police and Far-Right Terror! Statement of AWU-Kiev, Dec 06

Since our first statement was issued, the violence against innocent people has not stopped, but only increased, and not only from the state apparatus.

The unsuccessful attempt at storming the President’s Administration on December 1, which the opposition blamed on alleged “provocateurs,” naturally led to a violent crackdown against the protesters by riot police. Nine people who inadvertently happened to be at the scene of the attack against the police cordon, and were in no way associated with far-right militants or party activists, were arrested. People who were randomly picked out of the crowd were accused of “plotting mass riots;” court ordered to extend their time behind bars to two months. Meanwhile, their fate is of much less concern to the parliamentary opposition than their own spin doctoring and cleansing “politically unreliable elements” out of Maidan.

In the evening of December 4, an announcer at the Maidan stage called upon a physical attack against the activists of the Confederation of Free Trade Unions of Ukraine (KVPU) who had been staying in their tent near metro Khreschatyk, distributing union leaflets. The speaker who was stirring up the crowd referred to the point of “aggravation” being a red flag, under which the tent was allegedly sitting (although in reality there were no flags). A group of far-right youngsters cut the tent with knives, broke the sound system, took away the generator and beat up the activists. One of them has bruised ribs, another one has a broken nose and a black eye, all three have eye burns from pepper spray. The attack was accompanied by the shouts “shavky” – a Neo-Nazi slang word for left and antifascist activists.

Igor Miroshnychenko, MP from the Svoboda party, who was observing the attack from nearby, underscored that he personally hadn’t beat anybody and that he had no idea who had done this. He advised the victims to call the police and accused them of looking like communists – adding that he would beat them himself if this turned out to be the case. Prior to this, left and feminist activists have been repeatedly attacked at the Euromaidan by the far-right who claimed that slogans against discrimination and for free healthcare and education were “provocative”.

At the same time, the KVPU press office stated that there were just some “minor misunderstandings” and refused to support its own activists.

The Autonomous Workers’ Union wishes to express solidarity with victims of political terror – both by the state and the Neo-Fascists who, regretfully, don’t encounter any resistance at the Euromaidan. We have repeatedly taken a stand against trends towards establishing a police state and the despotism of the police and courts. In our opinion, one of the first tasks of a real revolution has to be disbandment of all police troops and full amnesty. In this case, it’s rational to demand a dissolution of Berkut and other riot police troops and an immediate release and full rehabilitation of the nine political prisoners of the Bankova street.

Meanwhile, we see that the situation at Euromaidan is fully controlled by the far-right. Ultra-nationalist rhetoric has securely crowded out all other topics there; the only slogan known to the protesters is “Hail to the nation, death to the enemies.” Most of the Neo-Nazi militants are controlled by the Svoboda party, but there are also other groups: UNSO, Tryzub, Social-Nationalist Assembly, etc. They are completely tolerated by the so-called “national democratic” opposition. One of the leaders of the Euromaidan, Yuriy Lutsenko, himself used to lead the Interior Ministry for four years, during which time he did nothing to stop police brutality or disband Berkut and other special forces. Instead, he promised to disperse protesting crowds with tear gas and became notorious for racial profiling of individuals of “Non-Slavic” nationalities and for his phrase: “You can call me a racist if you want.” Now at Euromaidan he publicly expressed his concern about the fate of “40 million educated white Christians.” Other opposition leaders also don’t have anything against the far-right. There are not only rallies towards physical violence but also poetry about “Yids” heard from the stage.

The political terror against the left and union activists which has intensified during the past year, hasn’t stopped now. We don’t share political views of the activists who were beaten yesterday, but we realize that in their place could just as well be the activists of AWU or anyone else who doesn’t agree with the political program of Nationalists. We are against a police state under the rule of Yanukovych-Zakharchenko or the rule of Tiahnybok-Miroshnychenko. We have neither Parliament membership nor money nor militant troops; our only weapon in our struggle against the state and Nazis is solidarity.