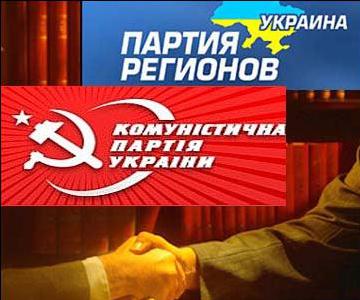 To the members of GUE/NGL faction in the European Parliament,
Gabriele Zimmer

We, the members of leftist, trade union and human rights organizations in Ukraine, as well as individual activists, would like to draw your attention to the recent events in our country.

On Thursday, 16th of January 2014 without the discussion and contrary to its own regulations and to the Constitution of Ukraine, the Ukrainian parliament, passed a series of laws directed at limiting freedom of speech and citizens’ right to peaceful protest. One of the approved items is the infamous amendment to the Criminal Code which bans so-called “extremism”. In this amendment “inciting social discord” is defined as “extremism”. It is clear that any kind of drawing attention to social problems, to the blatant inequality that exists in Ukrainian society, can be qualified as “inciting social discord”, therefore the activities of left, trade union and social activists in Ukraine can be criminalized to a large extent.

The Communist Party of Ukraine (CPU) plays a particularly shameful part in these events. Not only did the Communist Party’s faction unanimously voted for the repressive bills, but the CPU official website also features materials that condemn the recent protests as being inspired by foreign actors with the aim of destabilizing Ukraine. Spreading such opinion, the CPU in fact fulfills the task of the whitewashing of Yanukovych’s regime.

It is true that open anti-communists do play a significant role on Maidan, but this anti-communism is caused mostly by the arrogant position of the Communist Party itself. It is not the first time the CPU has tried to de-legitimize civil protests and adopted a conservative position. In addition to this, in the country that suffered the catastrophic losses caused by hunger and repressions during the Stalinist regime, the CPU refuses to condemn the actions of the USSR’s leaders or at least apologize for them, which makes socialist ideas less popular in Ukrainian society.

Yanukovych’s regime has demonstrated its readiness for repressions. It is evident today that the CPU will use its international connections in order to justify this regime’s actions. That is why we believe that the left all around the world and especially in the European Union must terminate any relations with the Communist Party of Ukraine and condemn its actions.

We believe that the party that treats popular uprisings with open hatred, the party that speaks out against “inciting social discord”, is not fit to be called communist or leftist and is “communist” in  name only.

We ask you to bring this letter to the attention of the leadership of the parties which are members of your Union.

View all posts by vzajets →

4 Comments on “Open Letter to the European Left”